ABC, Adoption & Me — a Multi-cultural Picture Book for Adoptive Families 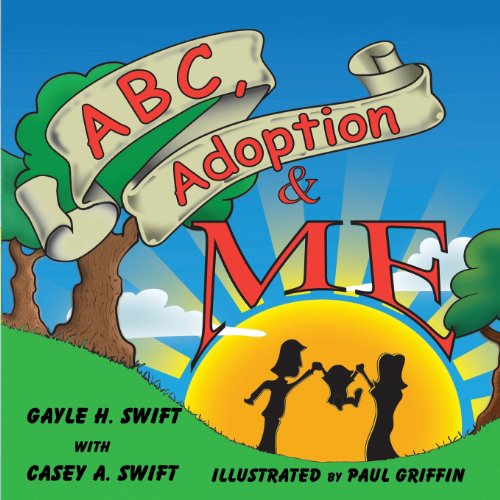 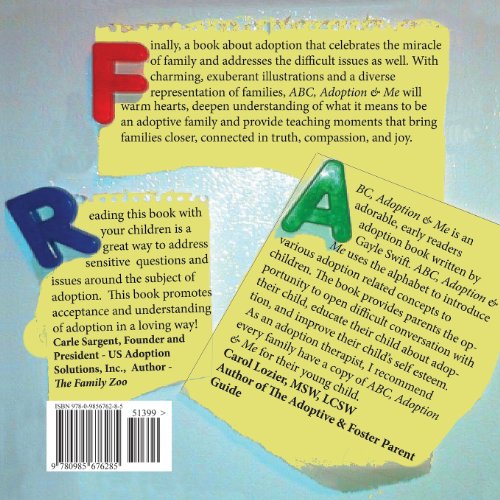 ‹   Back to Children's Adoption Books

ABC, Adoption & Me — a Multi-cultural Picture Book for Adoptive Families

Categories: Children's Adoption Books, About Adoption, Books for Ages 5-8, Books for Ages 9-12, Children's Adoption Books by Age, Classic Adoption Books, Tapestry Picks.
When this ORIGINAL edition was published in 2013, it was named named a Favorite Read of 2013 by Adoptive Families, (the award-winning national adoption magazine.) Named a Notable Picture Book for 2013 by Shelf Unbound in their Dec/Jan 2014 issue; Honorable Mention – Gittle List of 2014; Finalist; IPNE 2014 Book Awards (Independent Publishers of New England), Honorable Mention 2014 Purple Dragonfly Book Award
A child’s review: “Most adoption books only talk about the good part of adoption. ABC shows adoption from the kid’s side.” ABC, Adoption & Me expresses their complicated feelings in a way that makes them feel normal and which makes it easy for them to discuss with their families.  Includes a parent guide. ABC, Adoption & Me celebrates the blessing of family and addresses the difficult issues as well. Exuberant, multicultural illustrations depict a wide range of families. Includes a parent guide.