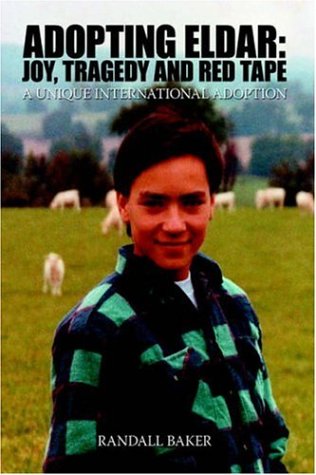 “At its simplest, this is the story of an adoption. Simple stops there. How is this different? The 13-year old boy initiates the process himself None of the boy’s living parents has ever met each other, and they do not share a common language. He comes from one of the remotest, yet loveliest, locations in the world-the North Caucasus The “rules” for this process are unfathomable, especially as he comes to America at precisely the moment the USSR collapses The parents-all of them-decide to form an extended family, which is how Siberia comes to a guest house in Bellingham, WA. At every point where the process seems irremediably impossible, exactly the right person appears with the powers to cut through the Gordian knot; over and over again. At the final moment, when everything has been achieved, the story takes a turn no-one could have anticipated, and another roller-coaster is set in motion. This is a book that takes you to Europe’s highest mountain, to Moscow in chaos, to the streets and valleys of Bulgaria, and the palaces of Vienna, all part of the unimaginable tangle that begins when a 13-year old Russian sends a fax to America. Anyone who has been involved with adoption, or has contemplated adoption, will feel the twists and turns, the emotional peaks and valleys. Normally, international adoptions involve infants, who in effect, start an entirely new life before they are old enough to remember anything about their pre-adoption days. On the other hand, a 13-year old: Is already formed, has a culture and a language (which isn’t yours) Has parents who have raised him-so why would they let him go? He still loves his birth parents, and they have raised him well. So, what is going on? In this case, has had more than his fair-share of tragedy, dislocation and trauma, and is in for a lot more before the book is done The story truly has all the elements of a suspense novel, and it teaches you never to take anything for granted, never to give up, and never to think that anything is hopeless. There is deep, deep sadness in this book, as well as the miracle of two families fusing into one. There is a lot of laughter too, and many, many wonderful characters, some of whom could have stepped out of the pages of Dickens. Furthermore, what happened next-well that is even more remarkable. But, that is another story.