Akin to the Truth: A Memoir of Adoption and Identity 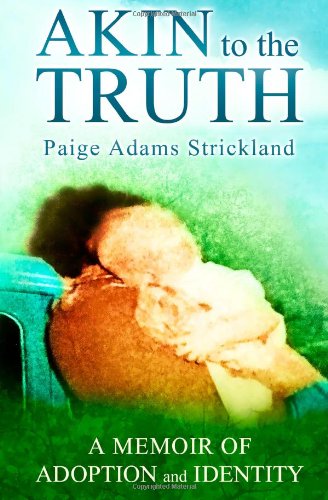 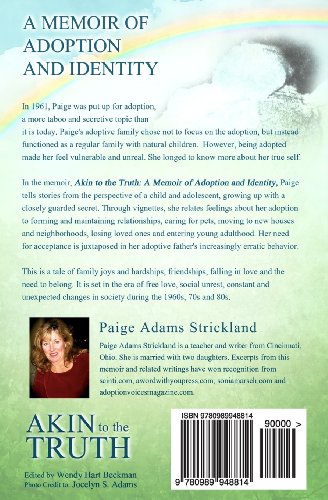 Akin to the Truth: A Memoir of Adoption and Identity

In 1961 Paige was put up for adoption, a more taboo and secretive topic than it is today.  Paige’s adoptive family chose not to focus on the adoption, but instead function as a regular family with natural children.  However, being adopted made her feel vulnerable and unreal. She longed to know more about her true self. In Akin to the Truth: A Memoir of Adoption and Identity, Paige tells stories from the perspective of a child and adolescent, growing up with a closely guarded secret. Through vignettes, Paige relates feelings about her adoption to forming and maintaining relationships, caring for pets, moving to new houses and neighborhoods, losing loved ones and entering young adulthood.  Her need for acceptance is juxtaposed with her adoptive father’s increasingly erratic behavior. This is a tale of family joys and hardships, friendships, falling in love and the need to belong.  It is set in the era of free love, social unrest and unexpected change during the 1960s, 70s and 80s.