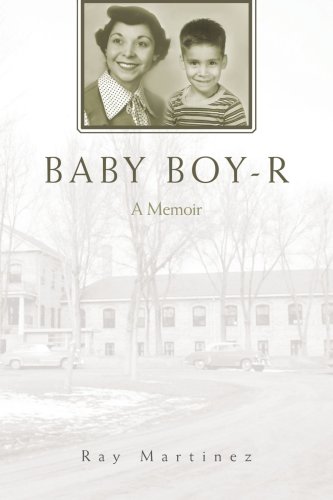 For twenty-four years, Ray Martinez served as a police officer in Fort Collins, Colorado, working everything from minor crimes to hard-to-solve homicides. But all that time, a personal mystery nagged at him. Ray was adopted, and he desperately wanted to find his biological mother.Ray delved into his search in April 2005, soon after retiring. He was hopeful but not overconfident since his past searches had always ended in failure. This time, he put the investigative skills he acquired as a police officer to full use.By searching through public records, visiting Web sites to study ancestry, and traveling through small towns in Colorado, Ray gathered clues with dogged persistence. In the process, he met new people, developed lasting relationships, and gained a fresh perspective on life. But by far, the most significant outcome was finding his mother, four sisters, and brother-the family he had been without for fifty-four years.Baby Boy-R is a heartwarming story of a son who refuses to give up trying to discover where he came from and the courageous mother who welcomes back the boy she thought died at birth.