I Was That Baby 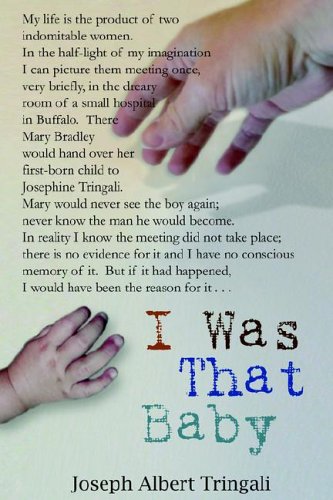 I Was That Baby

Was That Baby by Joseph A. Tringali is a 240-page book written by the man who lived the story. It is the incredible but true narrative of a lawyer who respected his adoptive mother’s secret while she was alive, and who, the day after her funeral, found his birth mother’s best friend who led him to his siblings and to an extended family he did not know existed. More than just the chronicle of an adoption told by the adoptee, it is the saga of two women who each had the courage to pick themselves up after heartbreaking tragedy, and the man – the son of both of them – who was destined to tell about their live