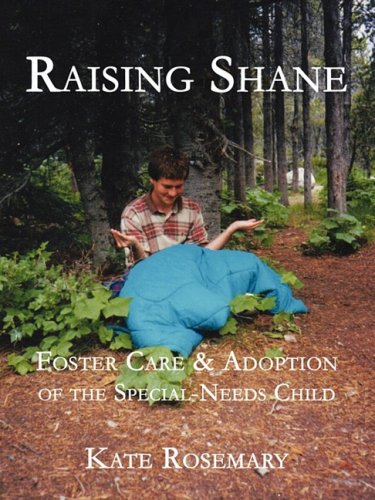 If you are thinking about fostering or adoption, this is a good book to start with. It doesn’t offer beautiful pictures of waiting infants or angelic toddlers. Those, you can get from any agency. Instead, in fifty-two short chapters on different topics related to adoption and foster care, this book invites you to consider and prepare for realistic possibilities your agency may not think to mention. This book is written from the point of view of a foster and adoptive parent who has found the experience to be fulfilling, rewarding, gratifying, and exhausting! Each thought-provoking topic is illustrated with a poignant example from the author’s life, and followed by worksheets on which the reader is challenged to provide his or her own perspectives in response. In the thirty years between 1977 and 2007, the author parented one birth son, two stepsons, three foster daughters, one foster son, and three adopted sons. Most of these young people presented with some combination of characteristics that put them in a category known as “special needs” or “hard to place.” These characteristics included being older than five at the time of placement (the youngest was six and the oldest eighteen), being in a racial minority (one daughter and one son), and being part of a sibling group (the two youngest brothers). Their medical and psychiatric diagnoses include Posttraumatic Stress Disorder, Reactive Attachment Disorder, Major Depression, Physical Abuse, Manic Depression with Psychotic Episodes, Hemophilia that resulted in AIDS from a blood transfusion, Multiple Personality Disorder (now known as Disassociative Identity Disorder), Obsessive-Compulsive Disorder, Intermittent Explosive Disorder, Addiction, Sexual Abuse, Attention Deficit Hyperactivity Disorder, Borderline Intellectual Functioning, Sociopathy, Hypertension, Failure to Thrive, Hearing Impairment, Rickets, and Polycystic Kidney Disease. Some of the stories are funny. Some are tragic. All are true.