Tripping on the Color Line: Black-White Multiracial Families in a Racially Divided World 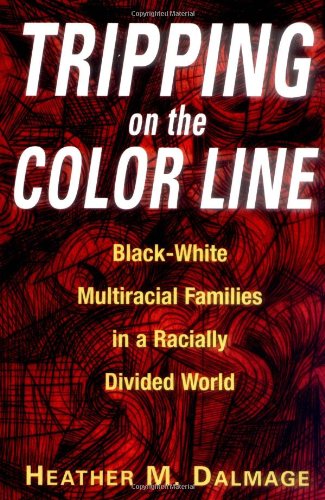 Tripping on the Color Line: Black-White Multiracial Families in a Racially Divided World

At the turn of the twentieth century W.E.B. DuBois predicted that the central problem facing the United States in the new century would be that of the “color line.” Now, at the beginning of a new century, we find many people straddling the color line. These people come from the growing number of multiracial families in America, families who search for places of comfort and familiarity in a racially polarized society whose educational system, places of worship, and neighborhoods continue to suffer a de facto segregation. This group has provoked an ever-widening debate and an upheaval in traditional racial thinking in the United States.

Through in-depth interviews with individuals from black–white multiracial families, and insightful sociological analysis, Heather M. Dalmage examines the challenges faced by people living in such families and explores how their experiences demonstrate the need for rethinking race in America. She examines the lived reality of race in the ways multiracial family members construct and describe their own identities and sense of community and politics. She shows how people whose own very lives complicate the idea of the color line must continually negotiate and contest it in order not to reproduce it. Their lack of language to describe their multiracial existence, along with their experience of coping with racial ambiguity and with institutional demands to conform to a racially divided, racist system is the central theme of Tripping on the Color Line. By connecting the stories to specific issues, such as census categories, transracial adoption, intermarriage, as well as the many social responses to violations of the color line, Dalmage raises the debate to a broad discussion on racial essentialism and social justice.

Exploring the dynamic of race as it pervades the lives of those close to the color line, Dalmage argues that the struggle for racial justice must include an understanding that race is a complex construct that is constantly shifting, and is something we do rather than something we simply are.