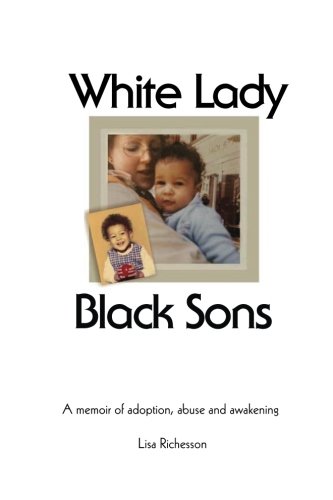 “Give me my baby. Now! Please, let me see him.” The nurse reluctantly handed the infant to the mother. She held her baby for just a moment, kissed his forehead and whispered “Someday I’ll see you again,” before the nurse whisked him away. It was 1969 and when eighteen year old Lisa discovered she was pregnant, she knew she was in trouble. She was white. The father was black. Civil rights had not yet reached the hearts and souls of Middle America, especially not as far as Lisa’s family were concerned. She made the heartbreaking decision to relinquish her bi-racial child for adoption. How she survives and ultimately reunites with her son is told in this book. White Lady, Black Sons: a memoir of adoption, abuse and awakening is debut author Lisa Richesson’s riveting memoir of loss, sorrow and survival while she never gave up hope of being reunited with the son she’d given up. Her story will bring both tears and laughter as she learns to believe in the human spirit and the will to love.