Adoption of children from China to the United States began in 1992 when the Chinese government passed a law ratifying International Adoption. In 2006 Americans adopted 6,493 children from China, the largest number of any country. China adoption is noteworthy for its orderly adoption process – all aspects of Chinese adoption (including costs and the referral process) are regulated by the China Center for Adoption Affairs (CCAA) in Beijing. There is no independent adoption from China; American adopters work through a U.S. adoption agency approved by the CCAA.

China is the one major country where girls adopted far outnumber boys; due to the Chinese culture’s son preference in combination with the official planned birth policy implemented in 1981, about 95% of Chinese children adopted are girls. One child adopted from China was found with a note that read: “In our countryside, the thought that man is more important than woman is very popular. I myself don’t have the strength to overthrow it.”

One child policy Planet Love at Four out of five children adopted from China were placed with families in the United States. Consequently a strong community support system has taken root in the USA. Hundreds of online websites, complete with active forums, concern themselves solely with parents who have adopted from China or those who plan to in the future. This phenomenon has sparked a fascination in the United States with the one child policy and the resulting tens of thousands of abandoned children, and a wide variety of books were written on the subject. Some were sociology studies questioning what led so many parents to relinquish their children, such as Kay Ann Johnson’s Wanting a Daughter, Needing a Son: Abandonment, Adoption, and Orphanage Care in China (Yeong & Yeong Book Company, February 2004). Others were personal or collected memoirs detailing the cross-cultural experience of bringing a Chinese child into Western home, including Amy Kltazkin’s (board member of the FCC) Passage to the Heart: Writings From Families With Children From China (Yeong & Yeong Book Company, January 1999) and From China With Love: The Long Road to Motherhood (John Wiley and Sons, April 2006) from Emily Buchanan. Some books asked the question of how these adoptive children would change the face of the United States, and what they would bring with them if they ever returned to China (Karin Evans’ The Lost Daughters of China, Tarcher, September 2001). 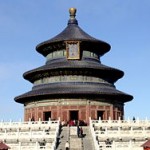 The Temple of Heaven, a symbol of Beijing 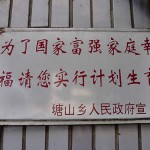 When Enough is Really Enough

Join one of these Online communities:

Consult these websites to stay up to date

How to Adopt Internationally

The Lost Daughters of China: Abandoned Girls, Their Journey to America, and the Search for a Missing Past

When You Were Born in China: A Memory Book for Children Adopted from China