Ethiopia, a land of rugged beauty, is the oldest independent country in Africa and one of the oldest in the world. The ancient home of the Queen of Sheba, it was left bankrupt by years of civil war. Drought, floods, famine, and disease have pushed many thousands of Ethiopian children into institutions because their parents are either no longer living or are unable to care for them.

There are seven U.S.-based adoption agencies authorized by the Government of Ethiopia to provide adoption services, and several others pending accreditation. The government office responsible for adoptions in Ethiopia is the Adoption Team in the Children and Youth Affairs Office (CYAO), which is under the Ministry of Labour and Social Affairs (MOLSA). Private adoptions are permitted in Ethiopia, but discouraged by MOLSA because they take place under local adoption rules and may bypass the process and protections put in place by the Government of Ethiopia relating to international adoption.

Ethiopia’s population has grown dramatically, from 33.5 million in 1983 to 75.1 million in 2006 Ethiopian Highlands with Ras Dashan in the background.
Ethiopia requires post-placement reports on Ethiopian orphans at 3 months, 6 months, and one year after the adoption. Yearly reports until the child turns 18 are also required.

Addis Ababa is the capital city of Ethiopia and the African Union. As a chartered city, Addis Ababa has the status of both a city and a state.

The children are beautiful. Children waiting forplacement are male and female, infant to 15 years old, healthy as well as special needs. Single birth and sibling groups are available. Many children have resided in a local orphanage, community care or in the hospital of birth prior to being matched with a family. The children are tested for HIV, Hepatitis B, Tuberculosis and Venereal Disease prior to being placed. 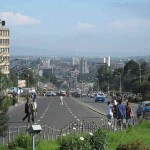 Addis Ababa is the capital city of Ethiopia and the African Union. 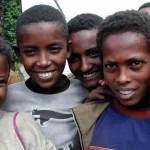 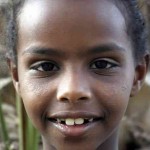 The children are beautiful. 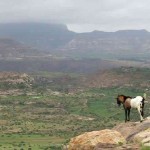 Ethiopian Highlands with Ras Dashan in the background.

EthiopiaAdopt · Ethiopia Adoption is an online community that supports families who have adopted from, are in the process, or considering, adopting from Ethiopia.

Consult these websites to stay up to date