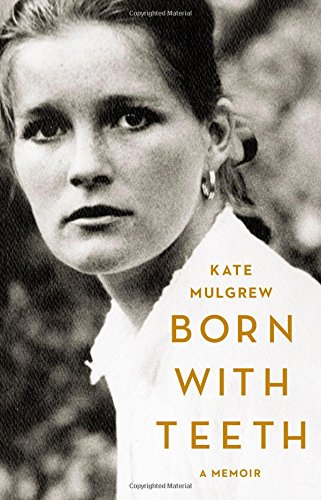 “Orange is the New Black” is set to return for a third season. Actress in the series Kate Mulgrew, who was nominated for an ‘Outstanding Supporting Actress’ Emmy award, will reprise her role as Galina “Red” Reznikov. Mulgrew’s life, however, cannot simply be summarized to her roles on screen.

In the adoption world, Kate Mulgrew is one of the few celebrities that have decided to openly share her story of placing a child for adoption. Yes, that is right…famed actress Kate Mulgrew is a birthmother. Earlier this week, Mulgrew’s book “Born With Teeth” was released for the first time. This book discusses how in 1977, Mulgrew decided to place her daughter for adoption.

When Mulgrew turned 22, (and at the very beginning of her acting career), she became pregnant with a baby girl. “Born With Teeth” explains the emotional decision Mulgrew made 37 years ago and how it has formed her into the woman she is today. This book also discusses how twenty years after giving birth, Kate Mulgrew received a call from her daughter and, for the first time since birth, the two met.

“Born With Teeth” is a phenomenal book that perfectly conveys the delicacy of the decision to place a child for adoption, as well as the fact that it’s a decision based in love. While there’s no denying that the author has achieved great fame as a result of her ability to portray strong female characters, “Born With Teeth” illustrates that Mulgrew herself possesses a great deal of intrinsic strength. This is a book that everyone should read at some point in his or her lifetime.