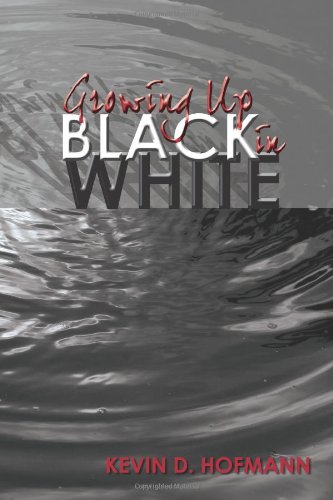 The Adoption Book of the Day for today is “Growing Up Black in White” by Kevin D. Hofmann!

Kevin Hofmann, a bi-racial adult adoptee, discusses the frustrations he experienced in addressing his minority status as a child in his memoir, “Growing up Black in White.” Hofmann’s experiences revolve around issues of race in dramatic ways, as he grew up in Detroit during the 1967 race riots and moved to neighborhoods in which he was both the majority and minority. In his memoir, Hofmann describes how society’s view on the differences between himself and his white parents led him to frustrations throughout his life.

“The lack of continuity in skin color in our family never makes my adoption a secret… For the first time since I can remember, I am a minority outside of the house too. The safety of the majority is gone…I am the first black boy that most of the boys ever socialize with on a regular basis; it is a learning process for us all…one of the older boys, refers to black people as ‘Colored’ and he always follows it with a pause in the conversation, then he looks at me and says ‘No offense’…It is the awkward pause and singling me out that offends me. It is a constant reminder that I am different.” – Kevin Hofmann

Thank you Senovia Cuevas for a great review of “Growing Up Black in White” by Kevin D. Hofmann!